Focusing on the madness, absurdity and utter chaos of being a parent, the Parenting Hell book will publish in October 2022 in hardback, ebook and audiobook, and will feature some special guests.

The book Parenting Hell sees Josh and Rob share the challenges and madness of their parenting journeys with lashings of empathy and extra helpings of laughs. Filled with all the things they never tell you at antenatal classes, it’s a charming mixture of humour, rumination and conversation and is aimed at prospective parents, new parents, old parents and never-to-be parents alike.

Rob says; “For all those people out there with hot tired ears. It’s time to give your eyes a run out. There’s loads of new stories about our kids and failures at life. Plus you will hear from my parents and Lou. Mainly to take the pressure off me with the word count. It’s a family affair.”

Josh says “Now we have been given a book deal it is probably the time for me to admit to myself that complaining for an hour a week to Rob about my life has become the most successful thing I have done in 14 years in comedy. I can only imagine how much people will love it now they can read our moaning in book form rather than having to hear it coming from our annoying accents”

Rob Beckett and Josh Widdicombe will be bringing their hit podcast to The AO Arena in Manchester on Friday, 14 April 2023 and The O2 in London on Friday, 21 April 2023. With nearly 50 million downloads, the chart topping podcast has seen them discuss the highs and lows of parenting (and life). 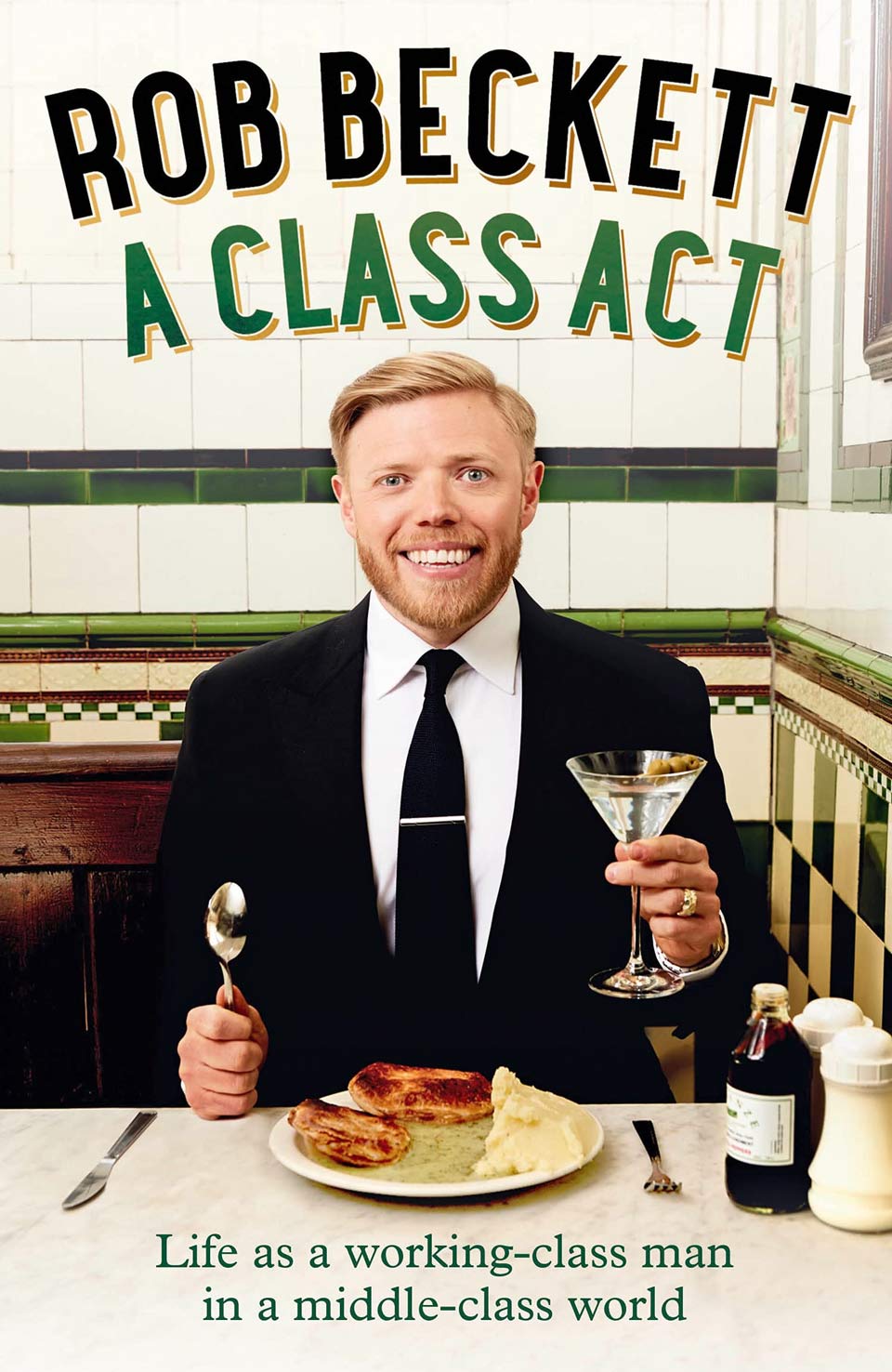 Rob Beckett never seems to fit in. At work, in the middle-class world of television and comedy, he’s the cockney geezer but to his mates down the pub in south-east London, he’s the theatrical one, a media luvvy. Even his wife and kids are posher than him.

In this hilarious exploration of class, Rob tries to understand the life he lived growing up as a working-class kid in comparison to the life he lives now. Will he ever favour a craft beer over strong lager? When did it become normal for kids to eat sushi? Is he still working class? Why does he feel so embarrassed about success? And, will it ever be acceptable to serve pie mash on a wooden board?

Tackling the questions big and small, A Class Act is a funny, candid, often moving account of what it feels like to be an outsider and why actually that’s the best (slightly awkward) place to be.

Rob Beckett says: ‘I am so excited to announce that I have written a book. I have actually written it myself with no ghost writer, just me! I never thought it would be possible but I have done it. My incredibly well educated and beautiful wife (the beautiful part is true but mainly included for brownie points) has said and I directly quote from her “It’s actually a really good book. I thought it was going to be terrible and I would have to lie to you about it but it’s actually great”. I’m claiming that as the best review I will ever receive. I have been in lockdown for over a year with Lou and she pretty much hates me and everything I stand for. So the fact she thinks this book is great speaks volumes. Please buy it immediately as it’s taken me fucking ages.’ 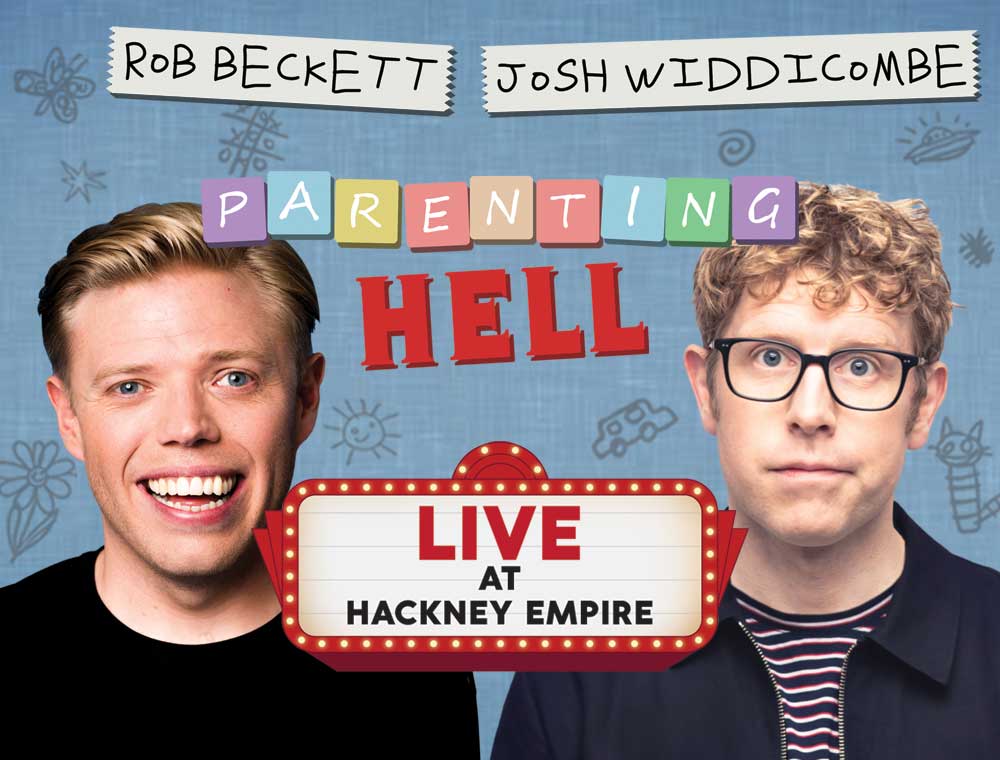 Josh Widdicombe and Rob Beckett will be bringing their hit podcast to London’s Hackney Empire.  With over 35 million downloads, the chart topping podcast has seen them discuss the highs and lows of parenting (and life).

From the stresses of sleep deprivation to building a trampoline in the dark, they have kept us company through a pandemic but now they’re booking a babysitter and making a night of it. 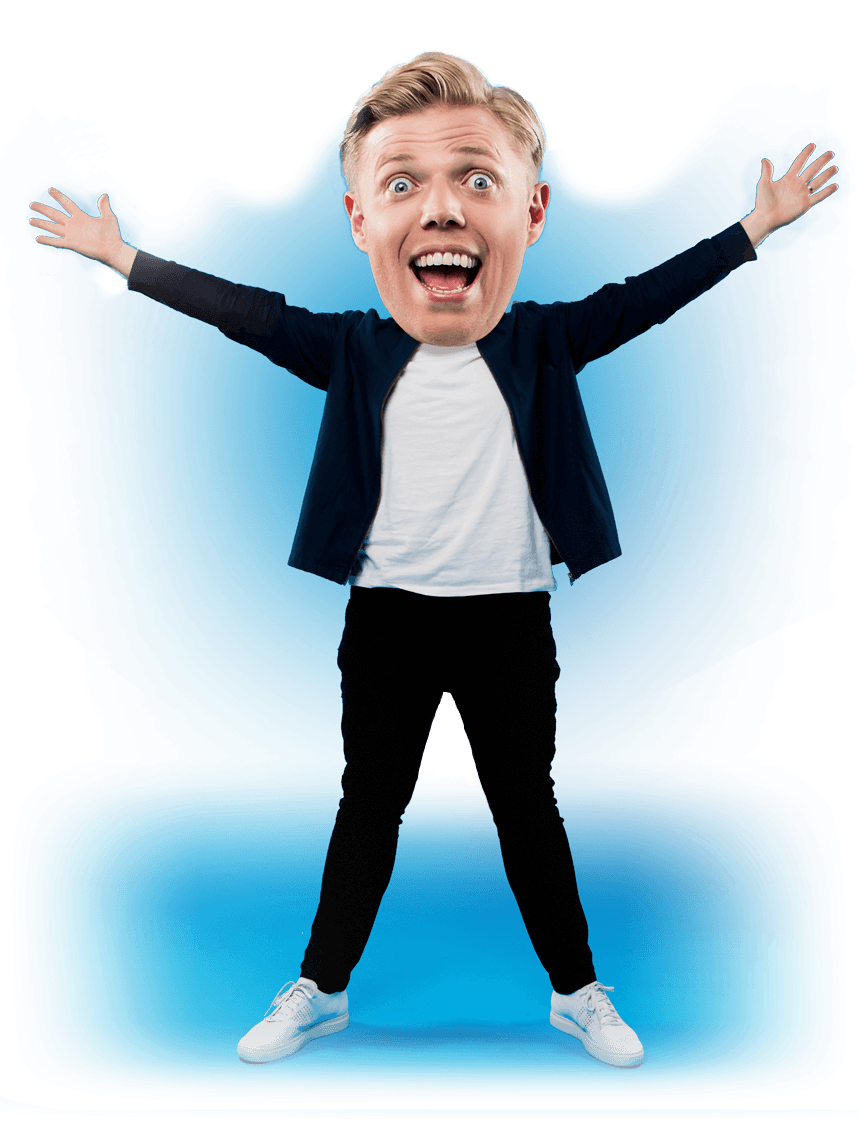